The significant impact that climate change will have on all our lives is leading to a fundamental reassessment of how natural resources are viewed and managed. While the concept of Natural Capital has been around since 2012, it has only relatively recently gained more widespread attention. Major pieces of legislation, including the new Environment and Agriculture Bills, are likely to set clear markers for both habitat protection and carbon reduction.

What is Natural Capital?

Natural Capital is defined as ‘elements of nature that directly or indirectly produce value to people’, including ecosystems, species, freshwater, land, minerals, the air and oceans’.

Traditionally the benefits derived from these Natural Capital assets has not been given a financial value and therefore its use has not been accounted for. This has led to a situation where benefits derived from natural assets are over-exploited for short term gains rather than maintained for their long-term benefits, causing major implications for sustainability. Advocates argue that by assigning a value to the less obvious benefits of Natural Capital, they can be more easily incorporated into decision-making processes leading to better management of our natural assets.

What is Biodiversity Net Gain?

Biodiversity Net Gain is an approach to development that leaves biodiversity in a measurably better state than before the development took place. For example, if a woodland is destroyed to make way for a new road, losses would occur in terms of carbon sequestration, water filtration and recreational use. These losses can be mitigated or compensated for by Biodiversity Net Gain.

The Environment Bill, which is currently making its way through Parliament, proposes the introduction of a requirement for all new development to deliver a 10% Biodiversity Net Gain, once the legislation is passed.

This means that, when bringing forward land, a developer will need to show not just how they will retain natural habitat, but also provide an overall increase in natural habitat and ecological features. The requirement to deliver a net gain will be introduced via the planning system and will be a condition of any planning consent.

The introduction of Biodiversity Net Gain represents a major change to the way development is managed and potentially has far wider implications for the management of land in the UK.

How will it work in practice?

Fisher German offer a range of services to support farmers, landowners and developers.

The requirement for Biodiversity Net Gain is expected to drive a new market in provision of sites for delivery of biodiversity offsetting for example creation or enhancement of habitats to replace those lost during development and deliver a net gain. This should provide opportunities for new income streams for providing long term (30 years minimum) offset sites, through management plans. These will need careful consideration, both in terms of land put forward for offsetting, and the implications of such long term legal agreements on ownership, use and tax, amongst many other aspects.

Fisher German can assist landowners in assessing the suitability for land for biodiversity offsetting and identifying opportunities to provide offsetting.

Developers, those with development land and other clients needing to achieve a Biodiversity Net Gain, offset their carbon impact or demonstrate Corporate Social Responsibility through Natural Capital will need to consider the impact and how a net gain might be best achieved. Fisher German can assist with planning as well as helping to identify offset opportunities.

Where land is being considered for development, the requirement to deliver a Biodiversity Net Gain introduces further regulations and potentially makes land more costly to develop. In theory Biodiversity Net Gain will add to the cost of developing green field sites and should help to encourage development of land with low biodiversity value eg brownfield land. Our team can help with planning as well as identifying offset opportunities.

Although the capital value jigsaw is incomplete, there are certainly things landowners can do right now so that they are in the best position to take advantage of opportunities as they emerge. These could include working out their current carbon footprint, thinking about what behavioural changes could reduce it. A survey of their land and soil will give landowners a very clear understanding of current biodiversity levels and how those might be improved.

To service increasing demand for the identification of suitable sites for Biodiversity Net Gain, Fisher German are developing a system that will link developers who require an area to site an offset with landowners who can provide suitable replacement habitats

Fisher German have the extensive knowledge within agriculture, property development and sustainable energy required to advise our clients, both landowners and farmers, and developers. If you are interested in understanding the implications of Natural Capital and Biodiversity Net Gain policy, or the opportunities which offsetting may hold for your land, please contact us.

How is Biodiversity Net Gain measured and assessed?

This is a tool which enables assessment and measurement of Biodiversity Net Gain on a habitat basis. It calculates biodiversity in terms of habitat units allowing different types of habitat to be assessed for their quality and significance to provide a comparable output.

The habitat value of a site is ascertained by a calculation of the following:

As such the metric gives significance to not just the scale and quality of habitat, but where it is in relation to other habitat sites. Therefore, sites adjoining areas identified as having a high level of connectedness to existing areas of habitat e.g. SSSI will score more highly in a habitat assessment.

The Bill provides the legislative framework for replacement agricultural support schemes. It provides a range of powers to implement new approaches to farm payments and land management.

In England, farmers will be paid to produce ‘public goods’ such as environmental or animal welfare improvements. The Bill also includes wider measures, including on improving fairness in the agricultural supply chain and on the operation of agricultural markets.

The Bill also set out measures to increase farm productivity and fairness along the food supply chain, and included provisions regarding market intervention and compliance with the World Trade Organisation. To allow farmers to adjust, the Bill established a seven-year transition period starting from 2021. For more details, click here

The Environment Bill was introduced into parliament on 15 October 2019. It was re-introduced to parliament following a general election on 30 January 2020.

The Environment Bill 2020 sets out how we plan to protect and improve the natural environment in the UK.

Ahead of the Environment Bill, the government launched online guidance and tools in early 2020, badged as Enabling a Natural Capital Approach (ENCA) which, for the first time, brings together a comprehensive set of resources that should enable easier and clearer ways of valuing Natural Capital. The government had already indicated through the 25 Year Environment Plan that it recognised the inherent value of soil and consequently the importance of soil quality. As a result, Fisher German swiftly identified an opportunity for landowners and farmers to measure and then monitor their soil as a way of both improving productivity and the investment value of their land.

Find out more about our sustainable energy services here

Find out more about The Green Offset here 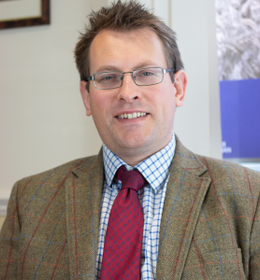 Our team offers a high level of technical and practical experience as well as strategic vision to reach workable long term solutions for your farming business.

We advise on all stages of the planning process from feasibility assessments through to representation at appeal.