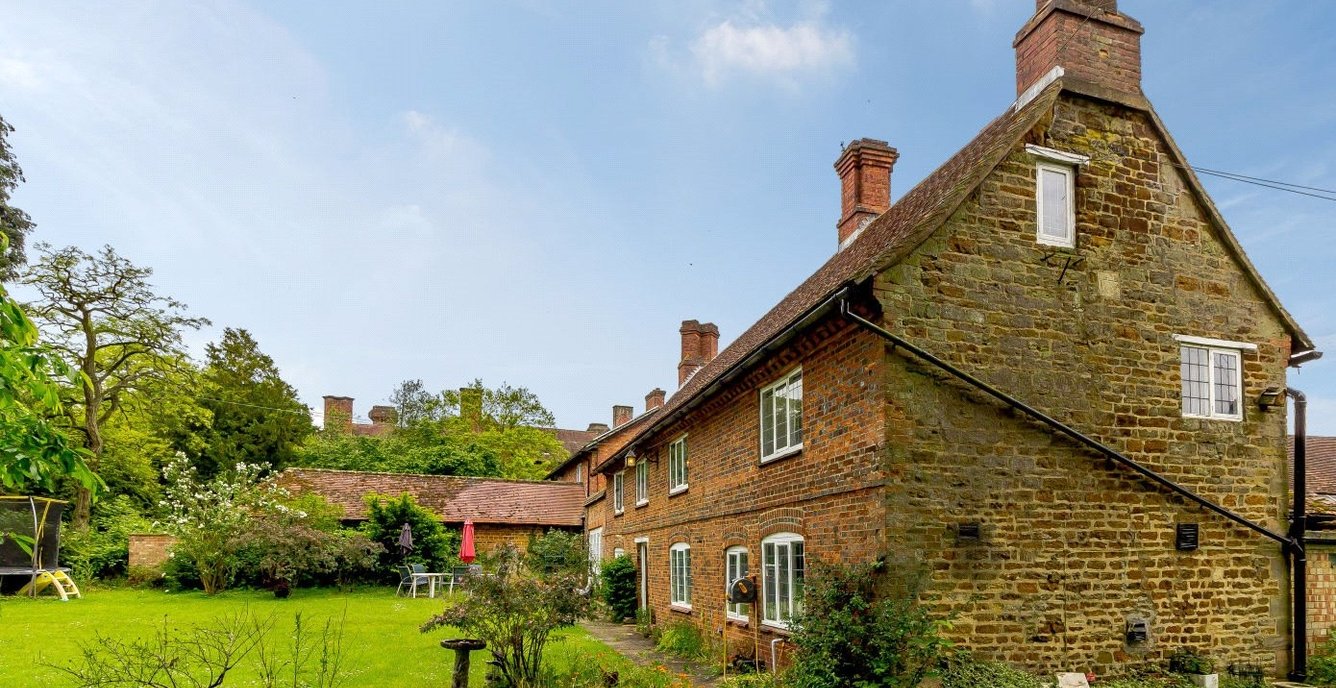 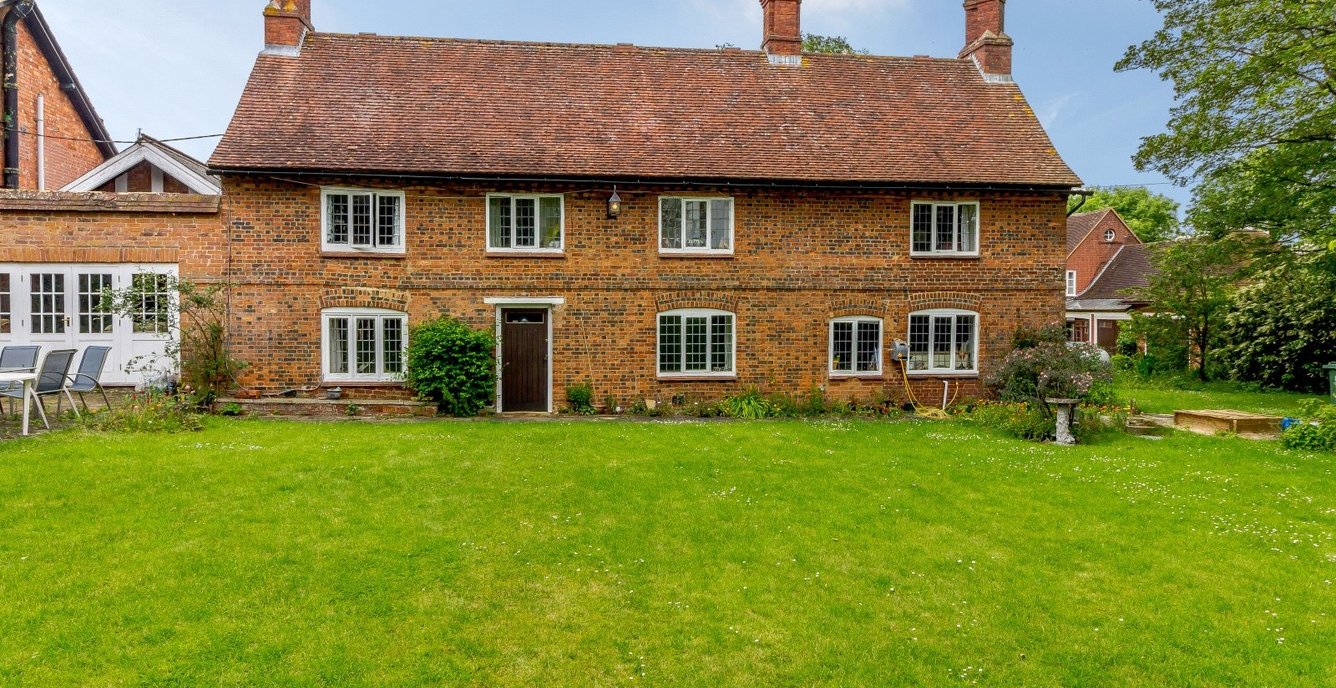 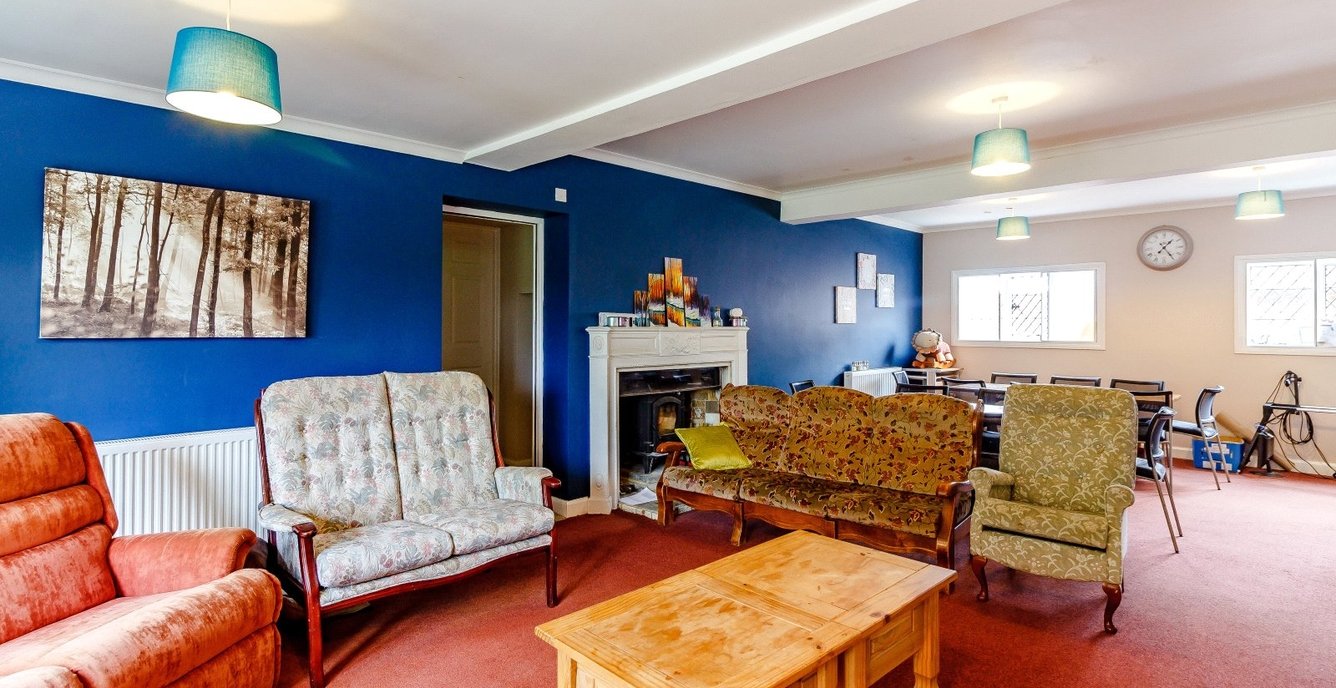 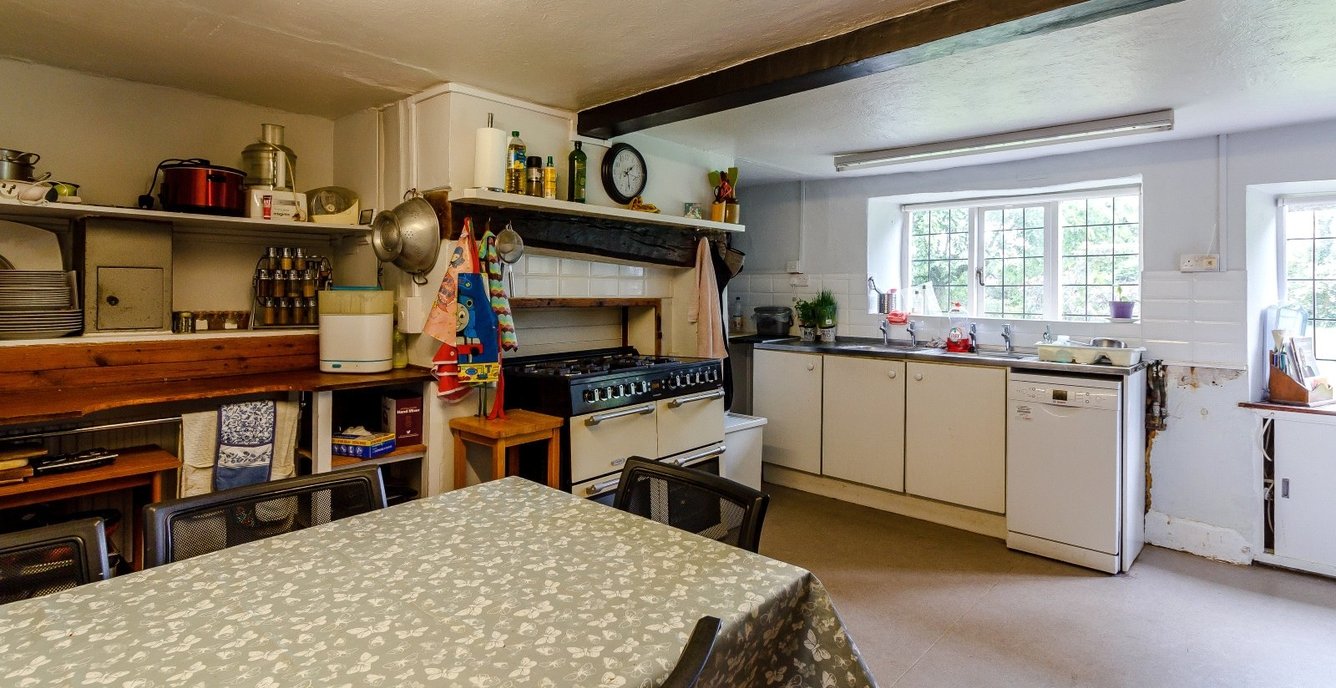 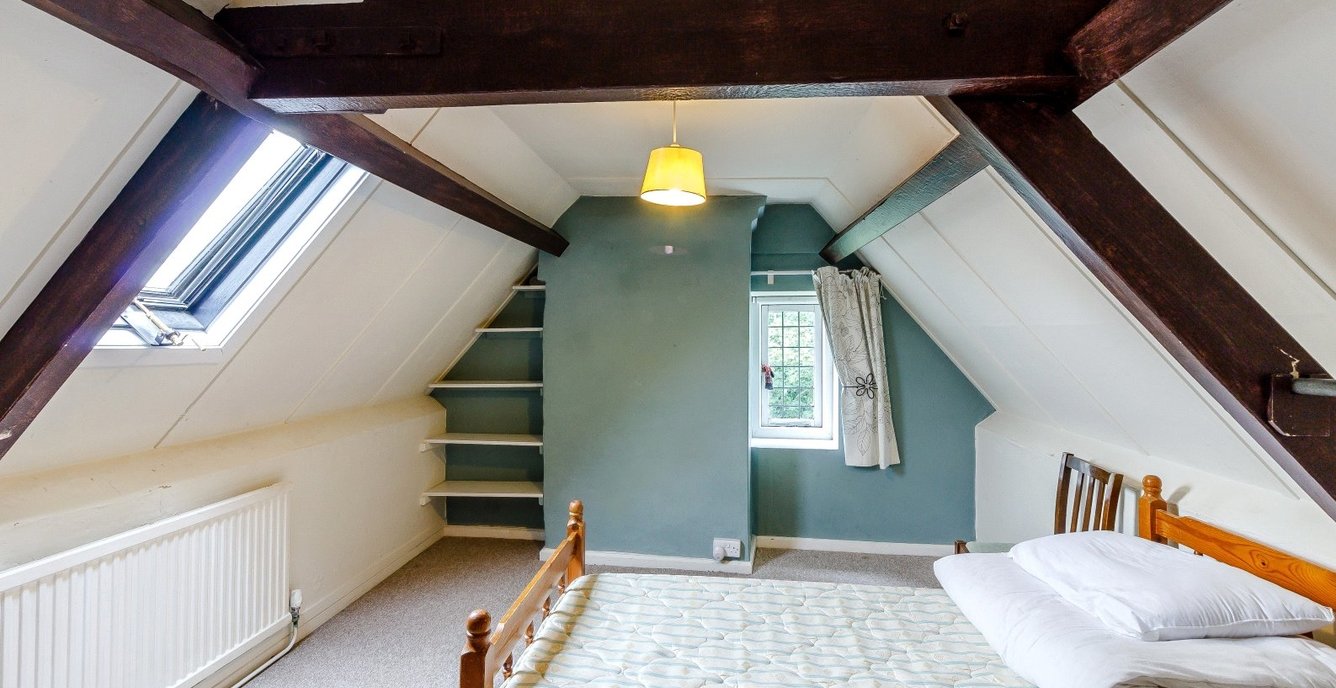 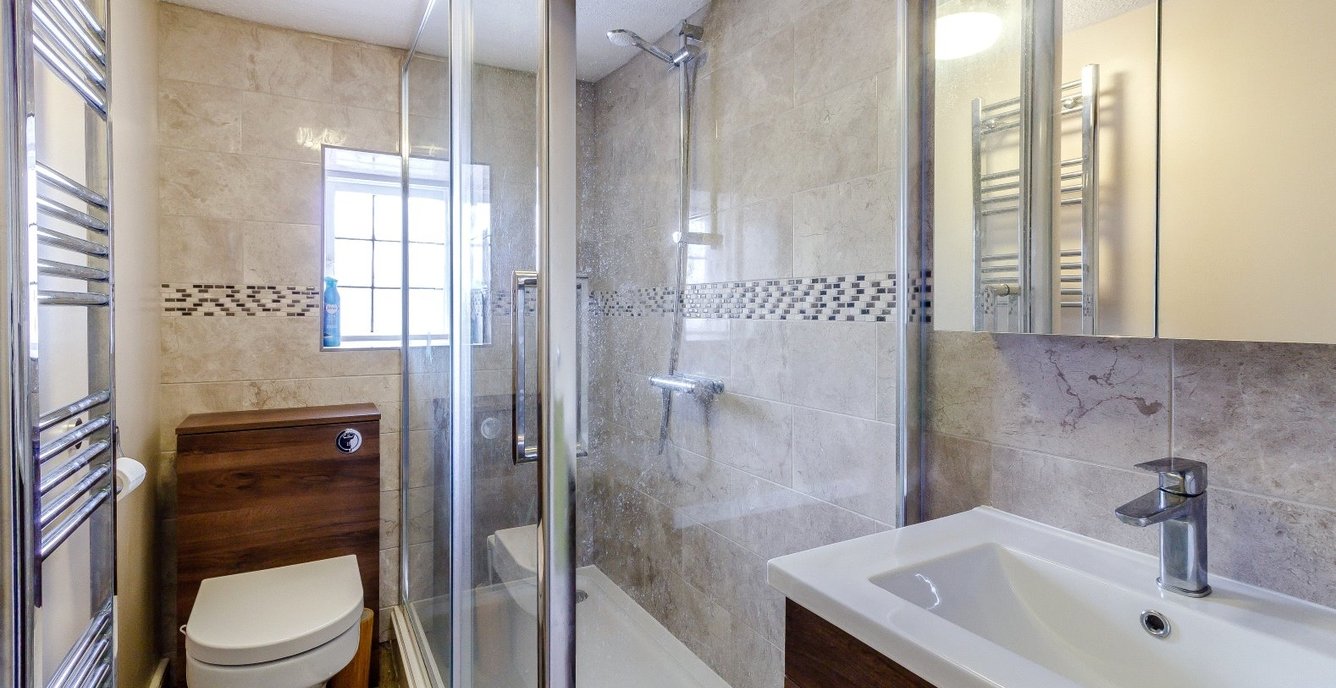 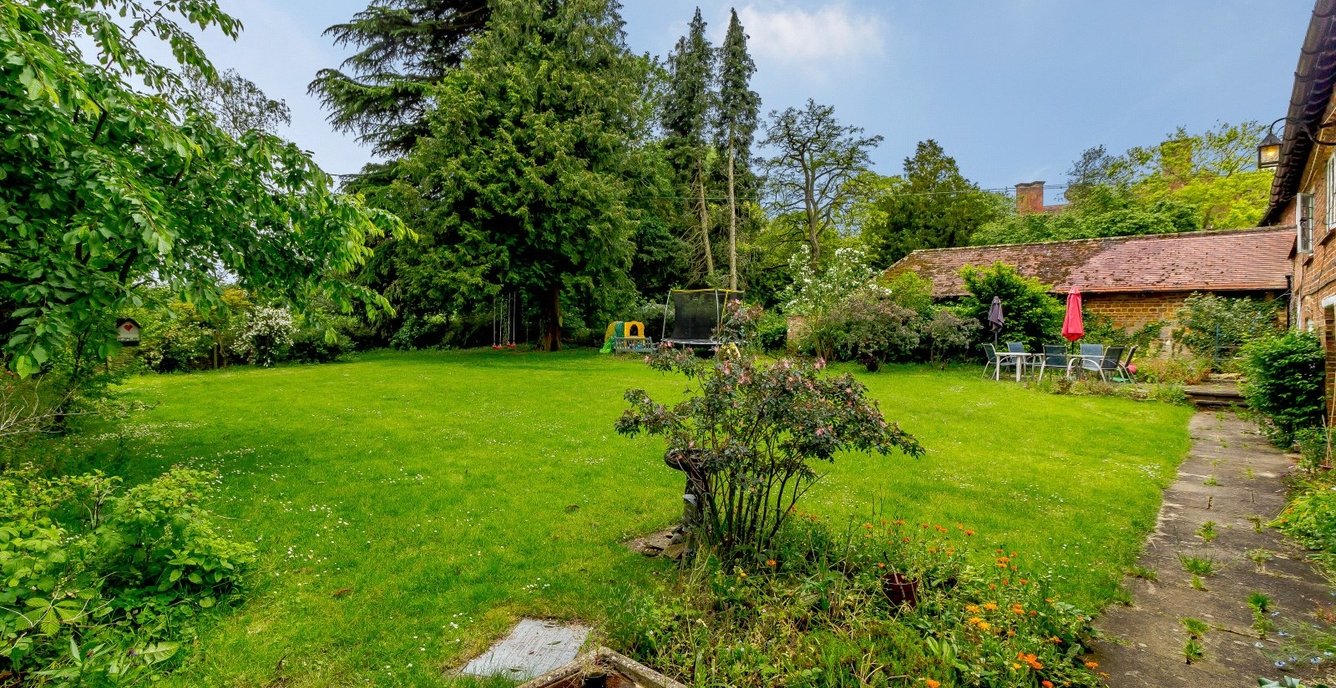 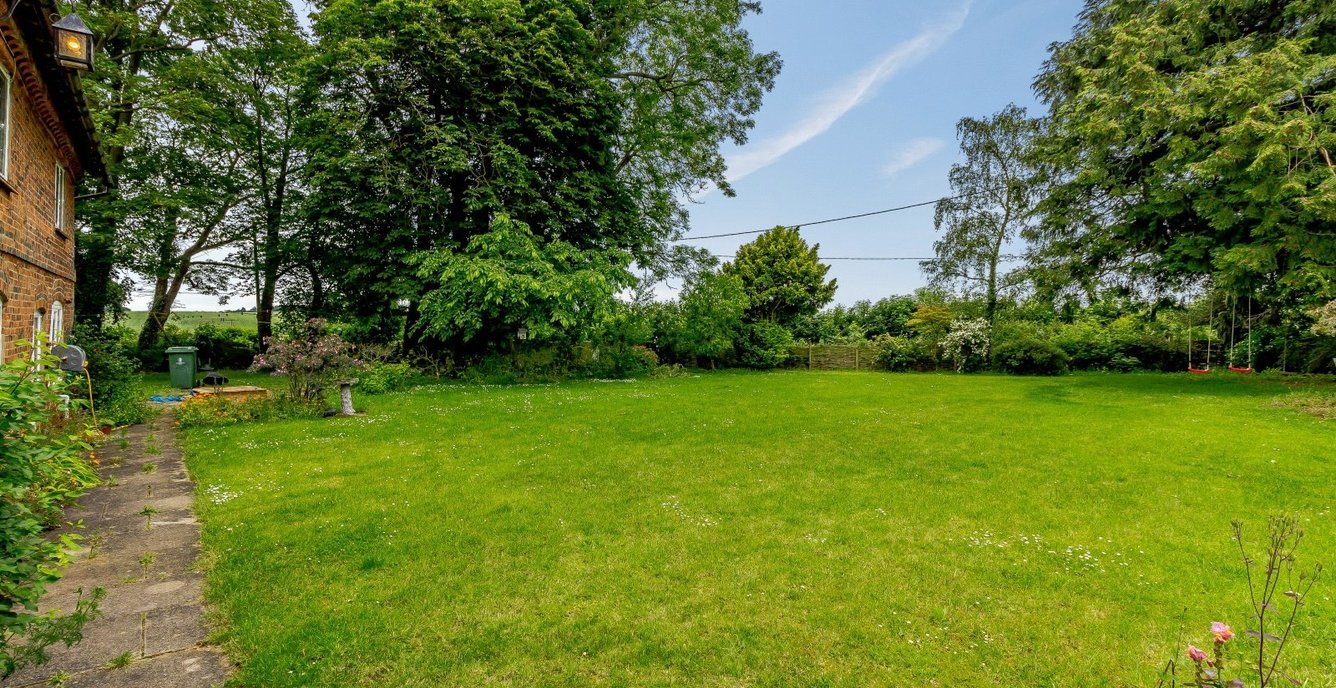 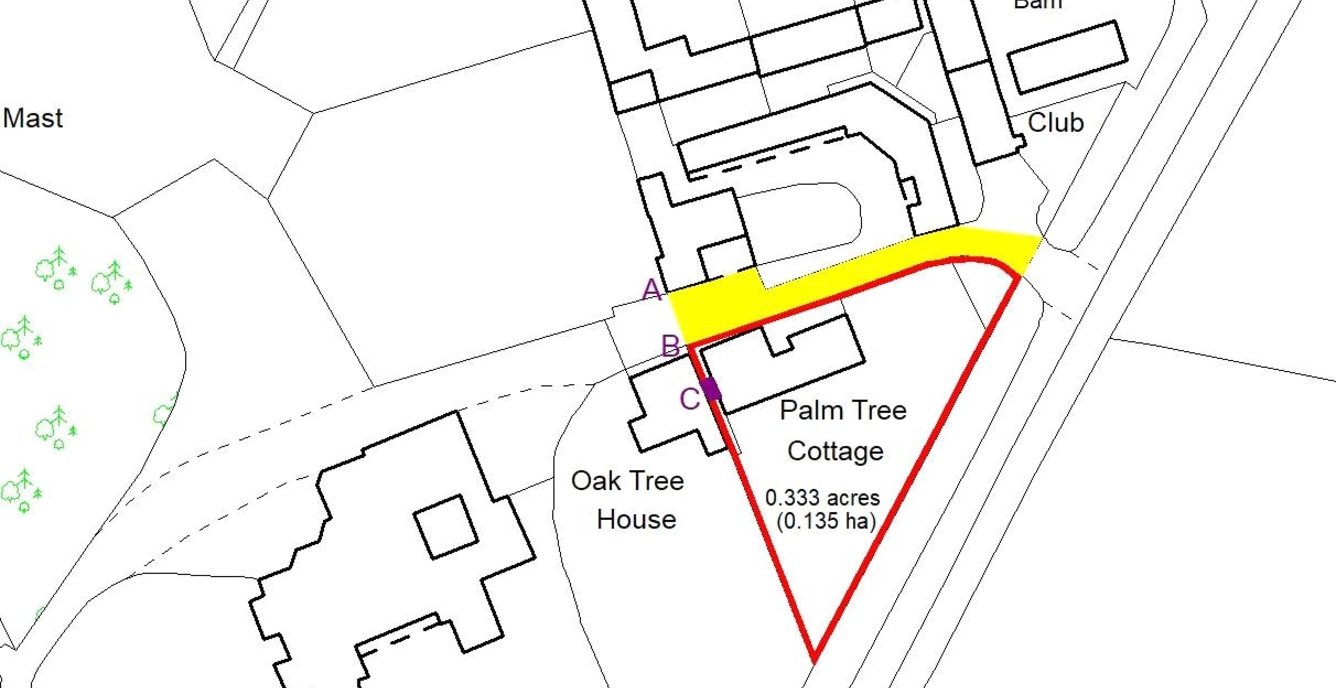 Situation
Cornhill is a small hamlet close to the thriving village of Pattishall, set in rolling south Northamptonshire countryside. Pattishall has a church, primary school with more amenities found at Bugbrooke including three public houses and a secondary school (Campion School). More specialist requirements can be found at the market town of Towcester and the county town of Northampton. Excellent connections to the national motorway system at Junction 16a (Heyford) of the M1, with mainline train stations at Milton Keynes and Northampton giving services to London Euston in under an hour.

Description
Palm Tree Cottage is a 5 bedroom late 19th century Listed farmhouse, altered in the 20th century, adjacent to Cornhill Manor. It is Listed Grade II for many of its external features and designs as well as the chamfered spine beams internally. Constructed of part old brick with ironstone side elevation and rear, the property has huge potential to update and renovate to create a lovely family home. The gross internal floor area is 2,525 sq ft.

Accommodation
Accessed from the rear, to a wide stone floored hallway, with a door leading to a large 20th century double aspect drawing room with log burner set in a fireplace and French doors opening to the garden. A through dining room with beams has a built- in fireplace with shelves to side. This leads into a quarry tiled inner hallway, through to a sitting room with fireplace, beams and a cupboard. The kitchen breakfast room has fitted floor cupboards and an LPG cooking range. A further door opens to useful service rooms including pantry, boiler and drying rooms with access outside to a covered area.
On the first floor are three bedrooms (one ensuite), a family shower room all with fitted cupboards. On the second floor is a wide landing with two further bedrooms and a bathroom.

Grounds and gardens
The gardens are south facing being principally laid to lawn with mature trees. The majority of the garden is bordered by hedging and has a long frontage to the country lane. A new owner may wish to explore the possibility of a separate driveway subject to obtaining the necessary planning consents. In all the property extends to about 0.33 acre. 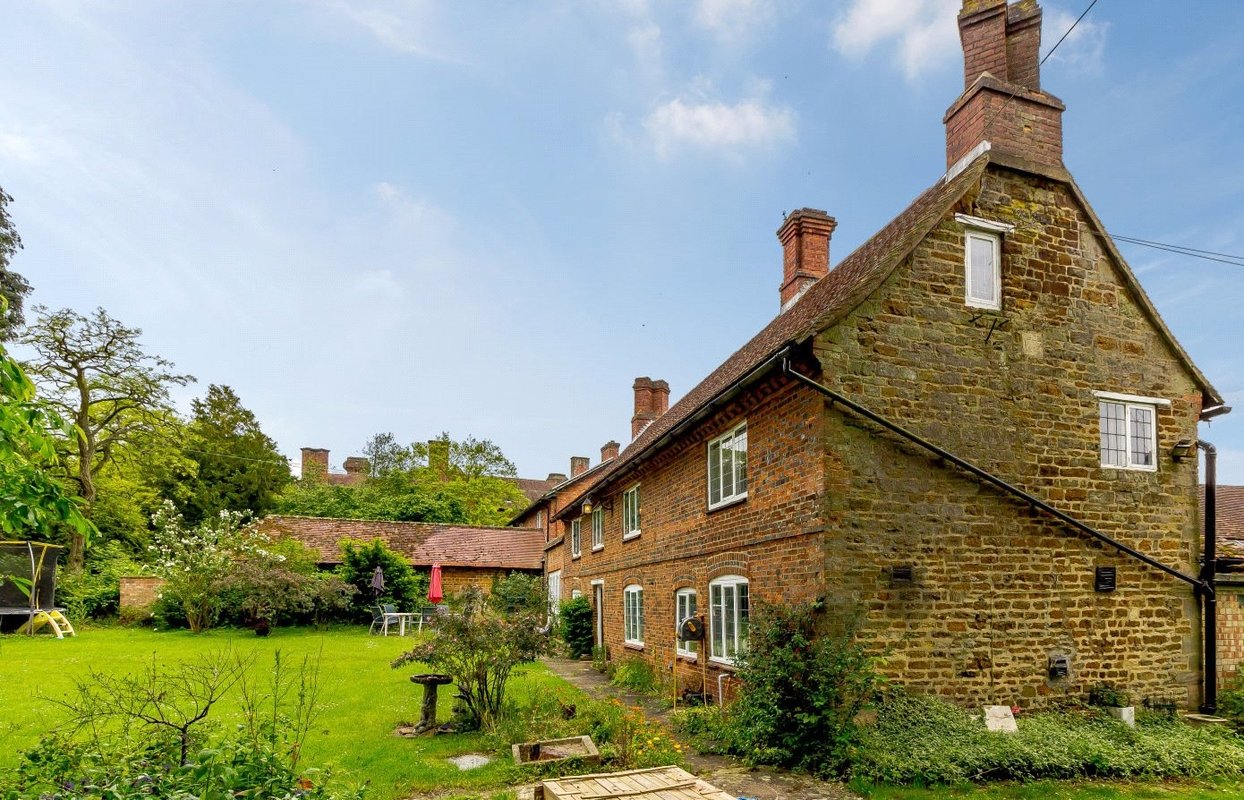 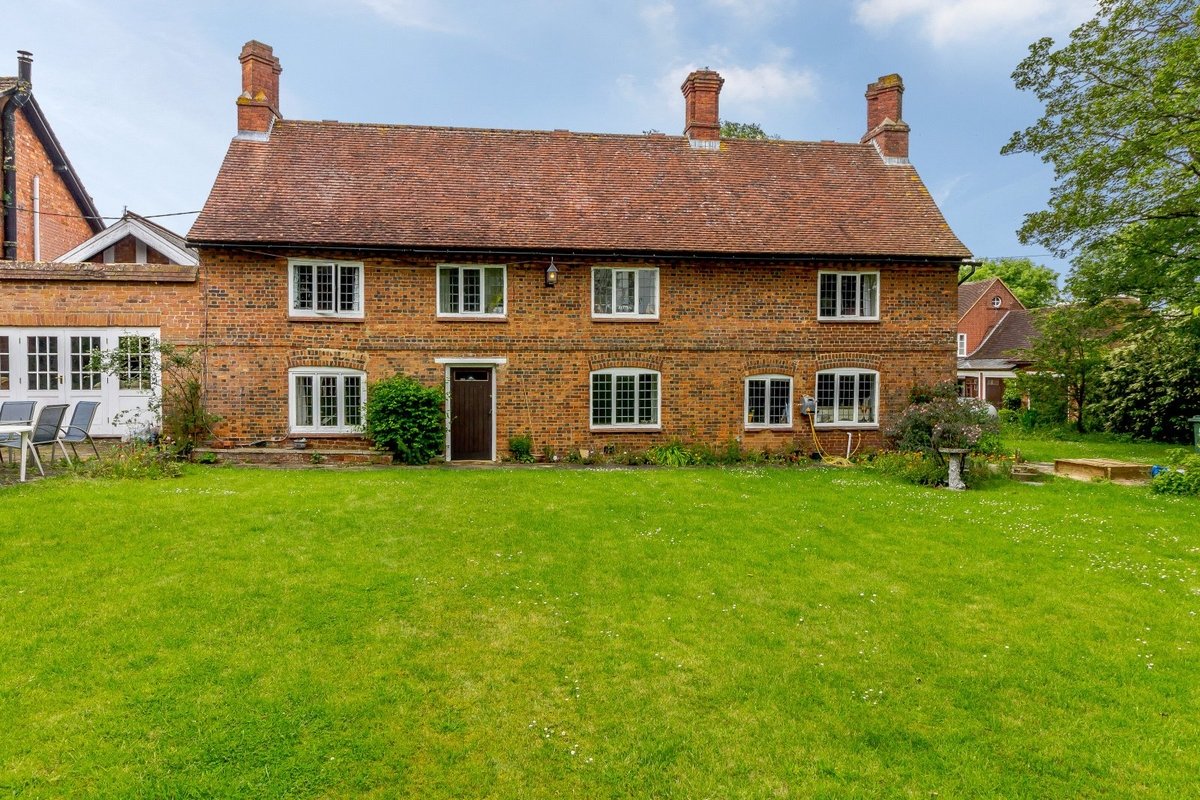 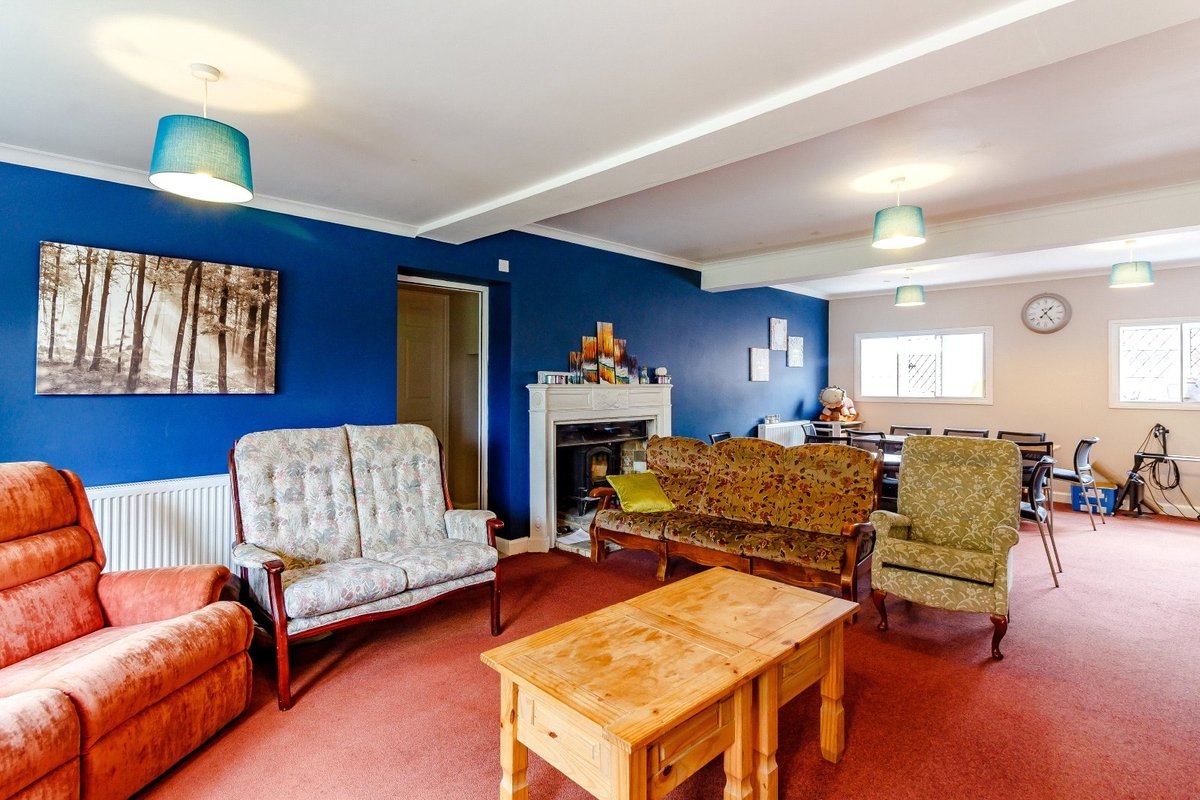 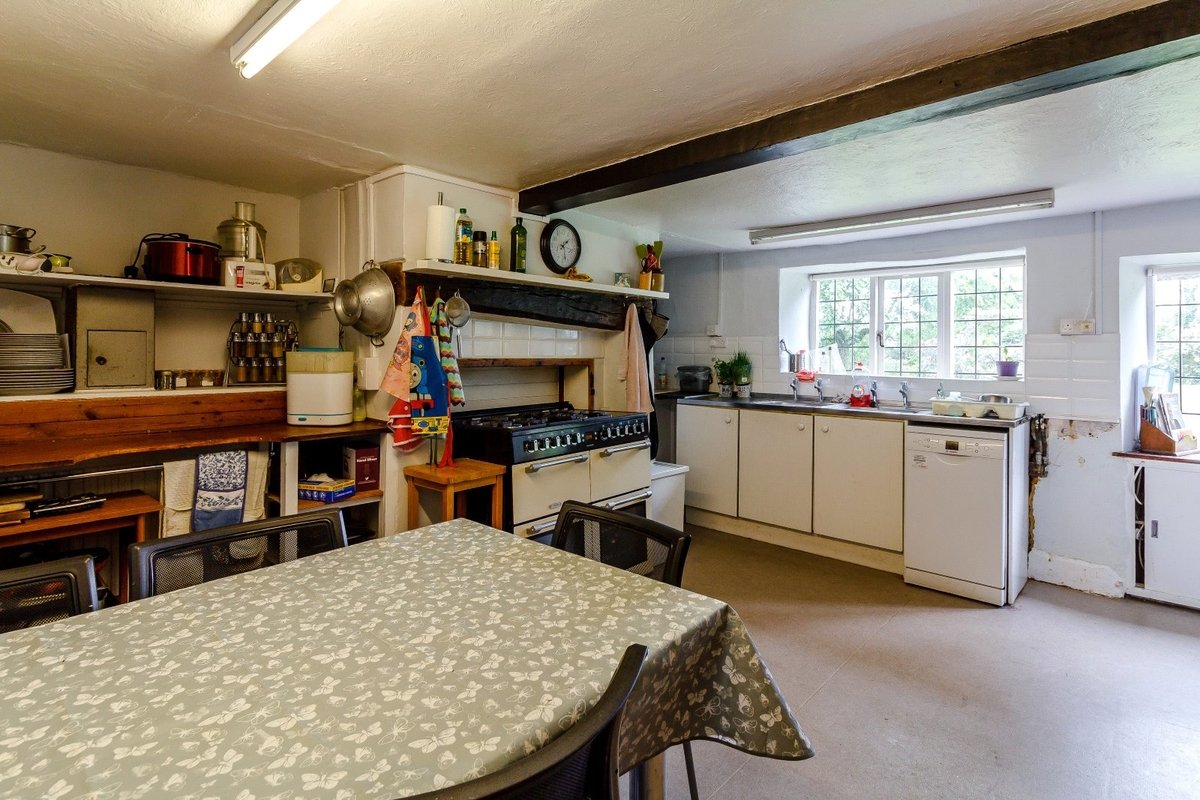 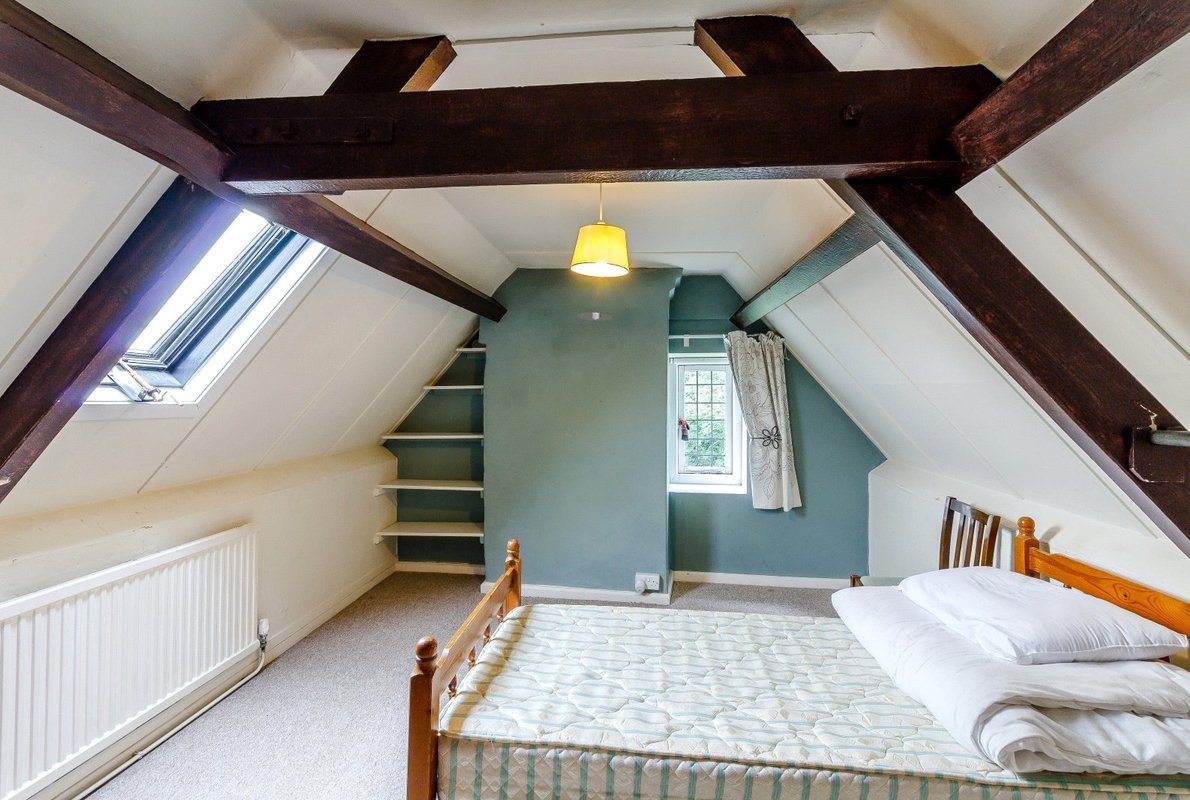 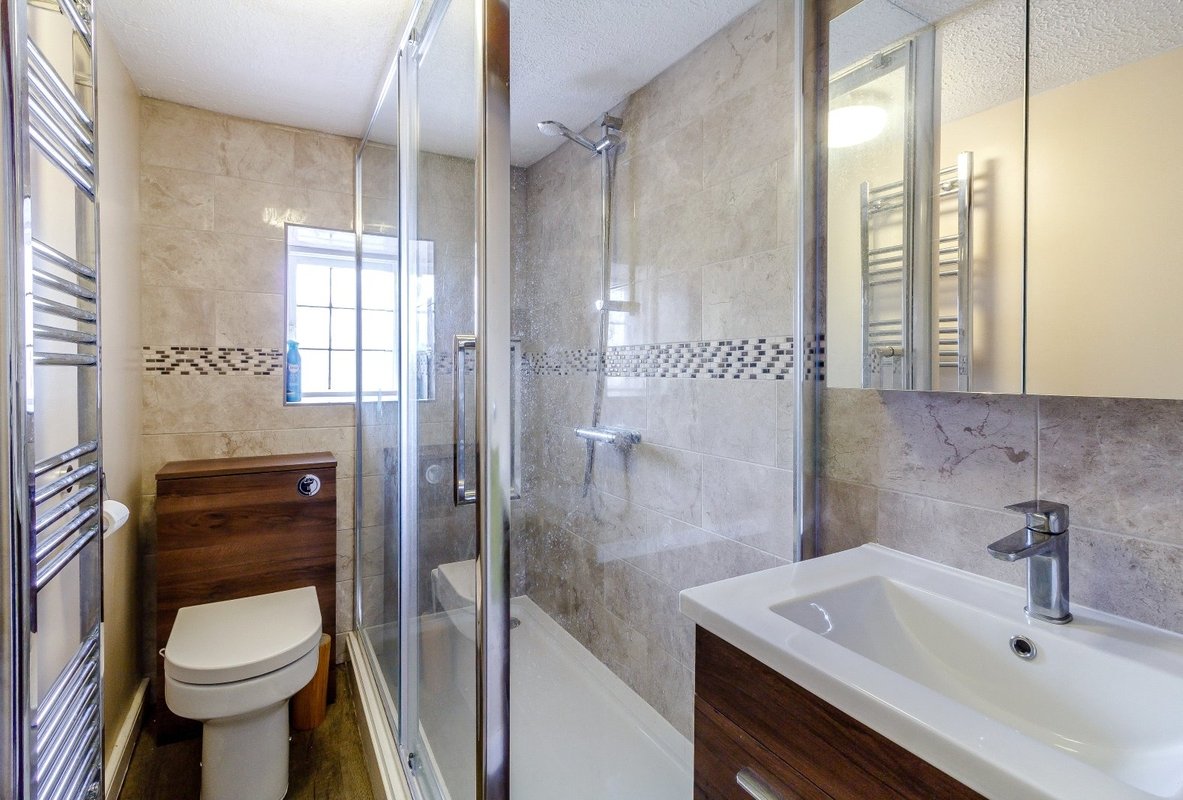 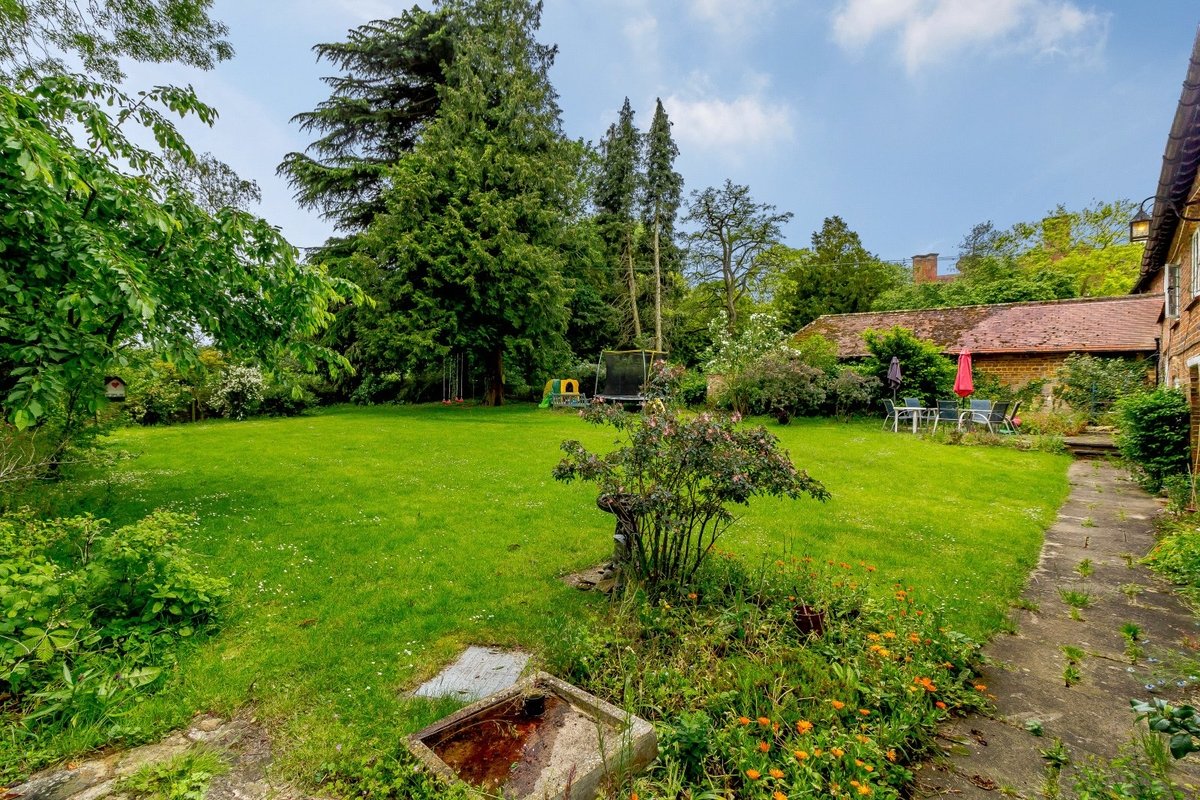 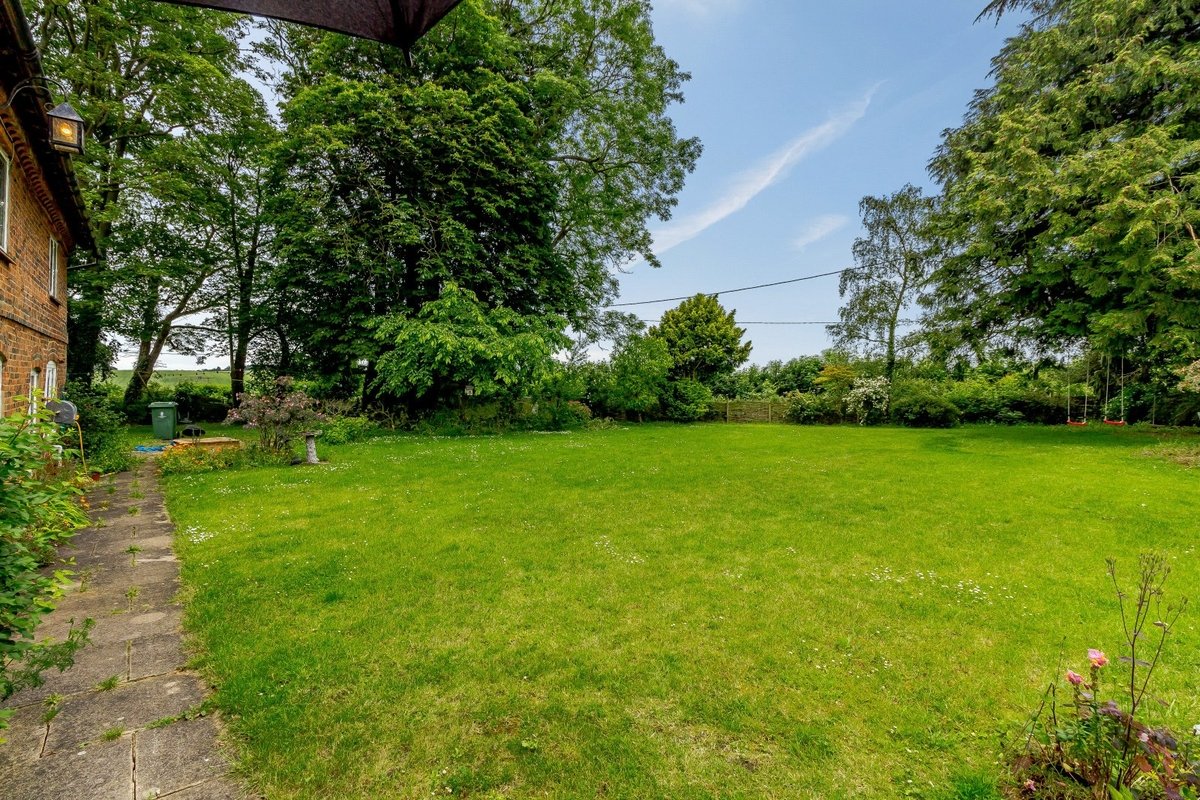 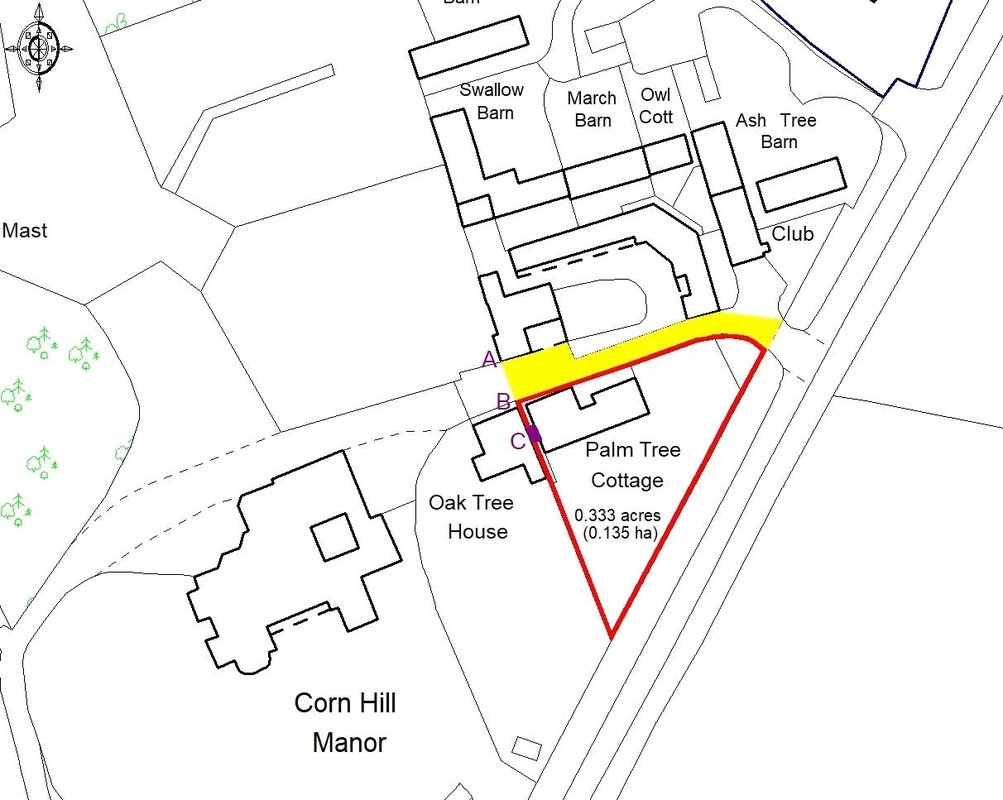 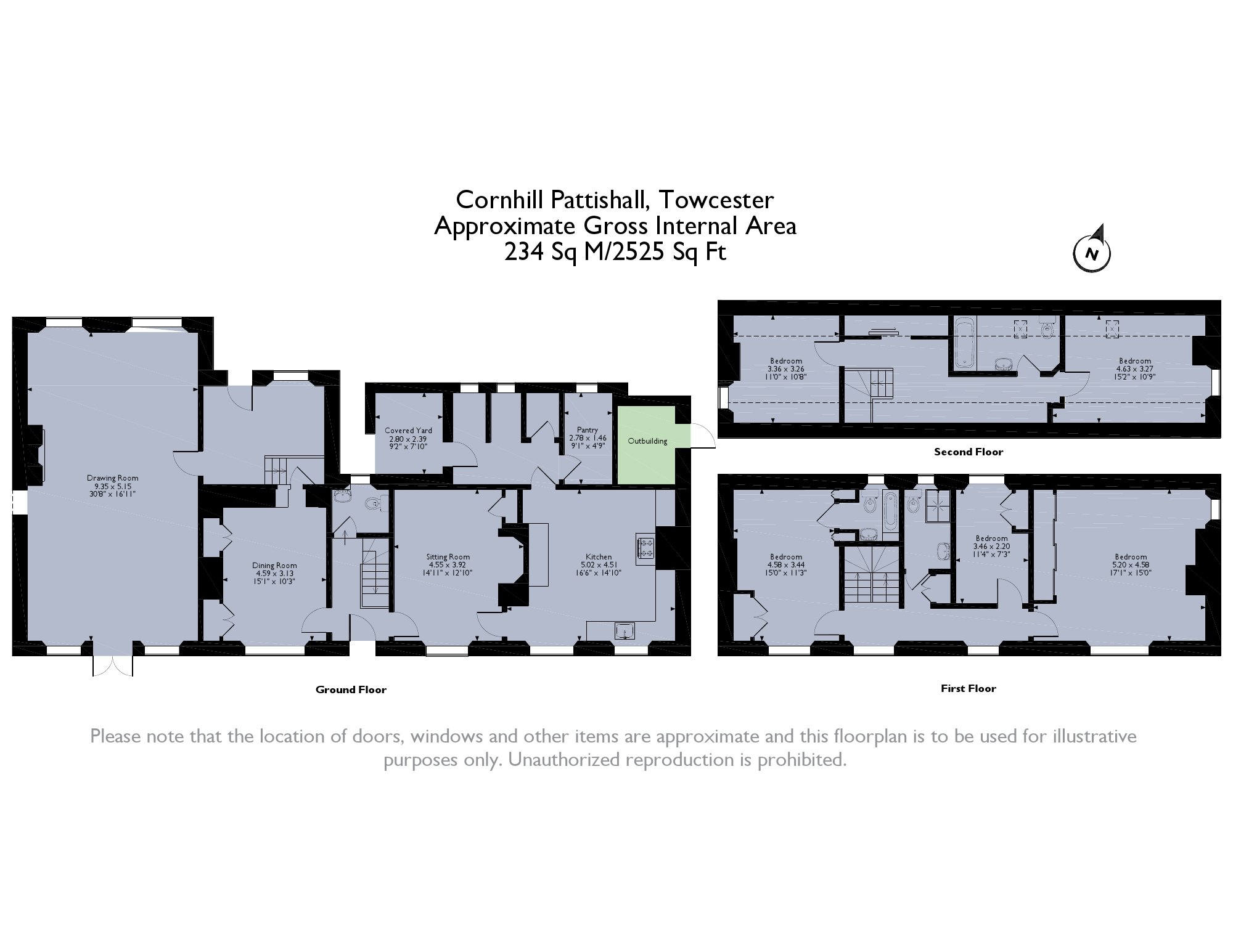 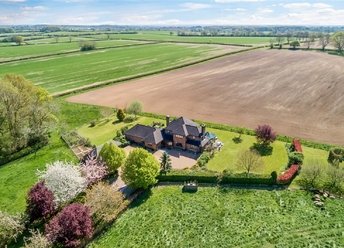 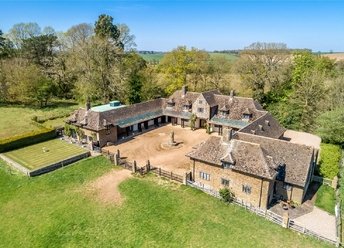 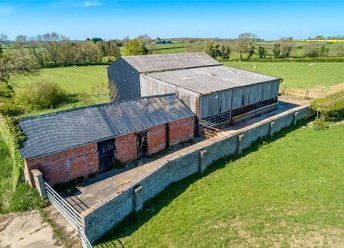 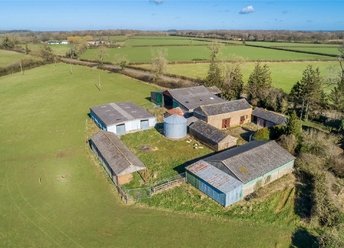 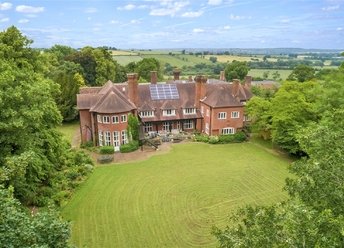 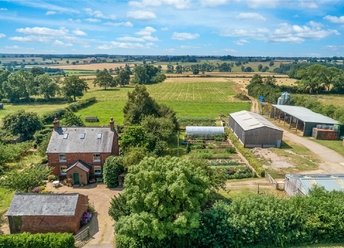 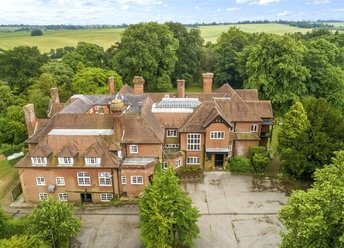